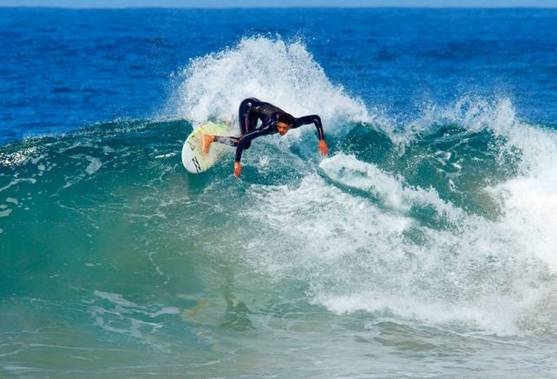 Joshe Faulkner (Jeffreys Bay) will be competing in both the men’s and junior men’s events in the Nelson Mandela Bay Surf Pro in Port Elizabeth. Photo: Grant Beck

The Nelson Mandela Bay Surf Pro presented by Billabong, which will hosts a huge field of local and international competitors at The Pipe on Pollock Beach, will be launched Friday 7 April.

The historic event has notched up a slew of landmarks including being the first professional surfing contest to be staged in the city; the first of five similar tournaments in the inaugural City Surf Series, which will also visit East London, Durban (twice) and Cape Town; the first of four JQS events in the 20th annual Billabong Junior Series and the first event counting towards the crowning of the 2017 WSL Africa regional champions in September.

The rankings points accumulated in the JQS events determine the top four men and top two women who will represent WSL Africa at the annual WSL World Junior Championships in Australia in January.

The three day event starts with two rounds of men’s competition on Friday, followed by the earlier rounds of the women’s and junior events on Saturday and concludes with the champions being crowned on Sunday.

Outreach programs designed to foster and encourage newcomers to surfing will be run during the event by Surfing South Africa, the national controlling body for the sport.

Live scoring, results, photos and video footage will be available on www.World SurfLeague.com and on the WSL App, with highlights on the WSL QS Facebook, Twitter and Instagram accounts.

The Nelson Mandela Bay Surf Pro presented by Billabong is supported by Volkswagen, Corona and the City of Port Elizabeth.