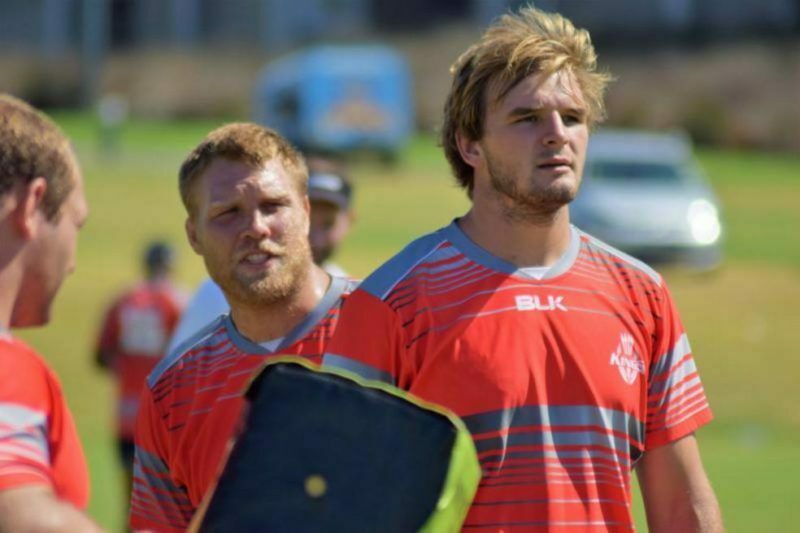 In many ways, Southern Kings team-mates Tyler Paul and Ross Geldenhuys are polar opposites. The former is an academy-produced utility forward – comfortable at lock and flanker – who is just making his Super Rugby breakthrough. The latter, meanwhile, is a prop nearing his 34th birthday with a Super Rugby title to his name already.

In our interviews, Paul seemed relatively reserved, while Geldenhuys appeared totally at ease.

However, the two share more than just the shirt they wear on Super Rugby weekends. Both are Old Andreans from Upper House. Geldenhuys matriculated in 2002, while Paul finished in 2013, but there were striking similarities in the two players’ accounts of their respective spells at the school.

Paul credited the school for having instilled humility in him, while Geldenhuys recalled how the Grade-based hierarchy among pupils taught him discipline. Unsurprisingly, both of their fondest memories were made on the sporting field. For Paul, the rugby and cricket games he played stood out. Geldenhuys, meanwhile, fondly recalled singing before rugby matches.

Paul made his Super Rugby debut for the Kings against the Jaguares in February, coming off the bench in a 39-26 defeat. When I asked about the experience, the humility he claimed to have learned at St. Andrew’s began to show. “I came off the bench, so I didn’t get straight into it, but once I did, it was good fun,” he said.

At 22, Paul looks set for a lot more fun in his career. Like many young South African Super Rugby players, he dreams of playing for the Springboks. However, for now, he is taking each game as it comes.

By contrast, Geldenhuys is a far more seasoned campaigner, and the Kings are by no means the most prestigious team that he has played for. However, despite his age, he relishes conquering the unknown.

The prop could not hide the excitement in his voice when asked to describe the experience of winning a Super Rugby title with the Highlanders in 2015. He said: “It was unreal. We had a bunch of battlers. We called ourselves “the battlers” because we were all unwanted from other unions… It was a real honour to be a part of that team, and to win it was obviously my rugby highlight of my life.”

Now, two years later, his environment could hardly be more different. However, if a move from a recent title-winning side to Southern Kings might have seemed unattractive to some players, Geldenhuys was certainly not one.

“I wanted a challenge and I fight for a dream. I want to play at the highest level. I just want to play rugby. I love the sport, and here at the Kings, I’m fortunate enough to play,” he said.

One man who knows both players inside out is Allan Miles. A former team-mate of Geldenhuys at Border Bulldogs, he also presided over him at the Golden Lions – where he was a Breakdown Coach and Coaching Co-ordinator – in 2009. Miles then went on to work as the St. Andrew’s Director of Rugby from 2010-2014, coaching Paul along the way.

Miles has high praise for both of the Old Andrean Kings. He described Geldenhuys as “dedicated, committed, and hardworking”. Of Paul, he said, “He is one of the most complete players I have ever coached. He is still young, but has tremendous potential.”

If Paul is to deliver on his promise and achieve his Springbok dream, then perhaps he would be well-advised to heed the advice Geldenhuys gave to current aspiring rugby players at the school they both attended: “When there’s a small light at the end of the tunnel, just chase it, and put everything you’ve got into that dream.”