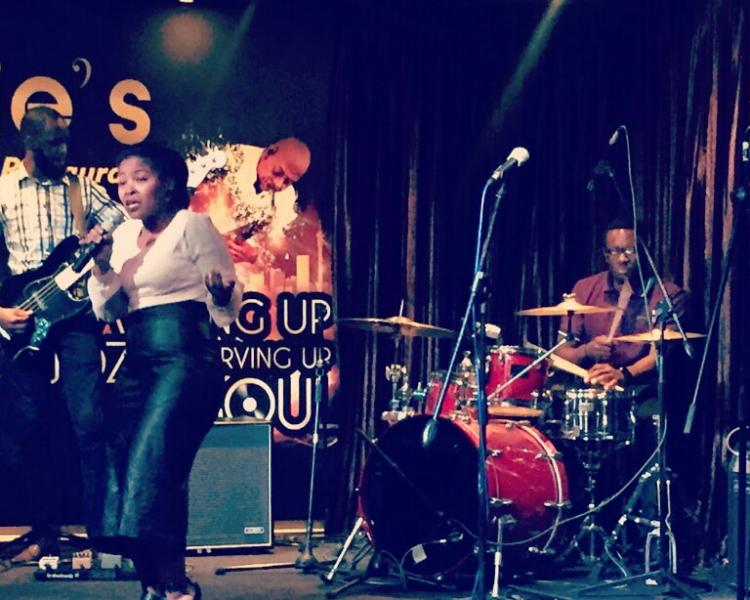 The National Arts Festival is what set VGHS old girl Viwo Kulati on a course that will see her drop an album this year.

The 21-year-old Grahamstown musician, currently completing a degree in Jazz Vocals at The University of Witwatersrand, credits the Festival, and the opportunities she had as a pupil at Victoria Girls’ High School for her love for music and her respect for the arts.

The spark was in 2013, when she performed at a variety concert at St Andrews’ College, accompanied by friend and a musician Zininzi Feni.

This encouraged her involvement in musical activities at school, where she took music, specialising in classical voice.
You can watch her performance here: bit.ly/GrocViwo

Her mature stage presence and powerful,d crystal-clear voice has seen her share stages with Thandiswa Mazwai, BLKJKS and The Brothers Move on.

Her debut single ‘Bawo’, produced by and featuring the talented 2013 Standard Bank young jazz artist winner Nduduzo Makhathini, will soon be followed by her debut project this year.

On Facebook, she posted, “I have been hard at work recording so I’m super excited to announce that I will be releasing my very first single produced and featuring the amazingly talented Nduduzo Makhathini. The release date is coming soon, so watch the space #DoWhatYouLove.”

Her success is made possible by a joint venture between ECAVC and Empire Music Production.

Viwo has a large following in Grahamstown and would be glad to get the support of her hometown as she embarks on her journey.
Watch Viwo caught on social media reciting Lindiwe Maxolo’s song, Malili: bit.ly/GrocKulati

This powerhouse is in search of her identity as a singer and performer, and surely one to watch out for.

One more reason for Grahamstown to be proud!