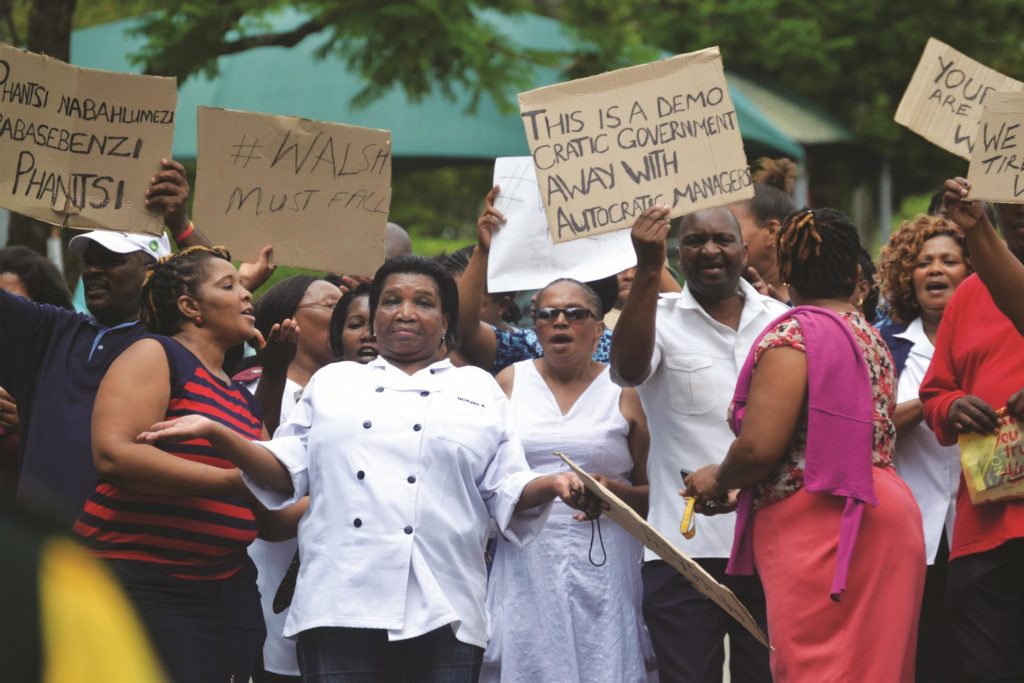 A report clearing the management of Fort England Hospital of allegations of mismanagement remains confidential, according to the Eastern Cape Department of Health. This comes as staff at the hospital express growing concern at events that have unfolded after the report’s summary findings were presented to them two weeks ago, and an acting CEO has assumed duty.

Grocott’s Mail has seen the report’s summary findings, but not the report.

Members of the National Health Education and Allied Workers Union, the Democratic Nursing Organisation of South Africa and the National Union of Public Sector and Allied Workers stopped work on Monday 18 July, returning three days later, when health department officials informed them they had removed CEO Dr Roger Walsh from his post.

This followed the 15 July meeting where the findings were presented of an independent inquiry commissioned by the Department.

The unions slammed the 150-page report’s findings and recommendations and that it had taken longer than the promised 30 days for the department to address their grievances. Nehawu branch chairperson, Thando Mtshalala told Grocott’s Mail, “We’ve waited for more than 90 days… So when the report came on Friday… we told Bhisho that if they don‘t remove Dr Walsh immediately there will be a complete shut down.”

Another striking worker said they considered Walsh to be arrogant and that he took decisions without consultation.

Clinical staff cooked meals for the patients under police guard, and an expert warned that failure to intervene decisively would be dangerous. The facility housed 250 state patients, the expert told Grocott’s Mail, many with histories of violent offences and housed in locked wards.

“Such patients missing meals and medications, with inadequate supervision and security is clearly a recipe for disaster of significant proportions,” the expert said.

Staff this week expressed growing concern at recent events, including Walsh’s redeployment, which the health department has confirmed.

He said a Fort England manager had been assigned the role of administration manager Jenny Holder, who was redeployed to Settlers Hospital.

Manana said: “The strike action that the workers embarked upon was unfortunate as it affected service delivery. There are legal prescripts that drive how organisations respond to actions of this nature. The department aims to implement (these)… at an appropriate time.”

The report summary sums up problems at Fort England as one of workplace conflict and recommends independent HR experts be engaged to resolve the impasse.

In it advocate Amelia Da Silva says she found no evidence to support allegations against the hospital’s senior administration of mismanagement, corruption or negligence.

Manana said the report, finalised on 8 July, was still under discussion with stakeholders. “It is still confidential.”

Nehawu’s regional leadership said they would reply to questions regarding the report’s findings, as well as about the industrial action, once they had seen the report.