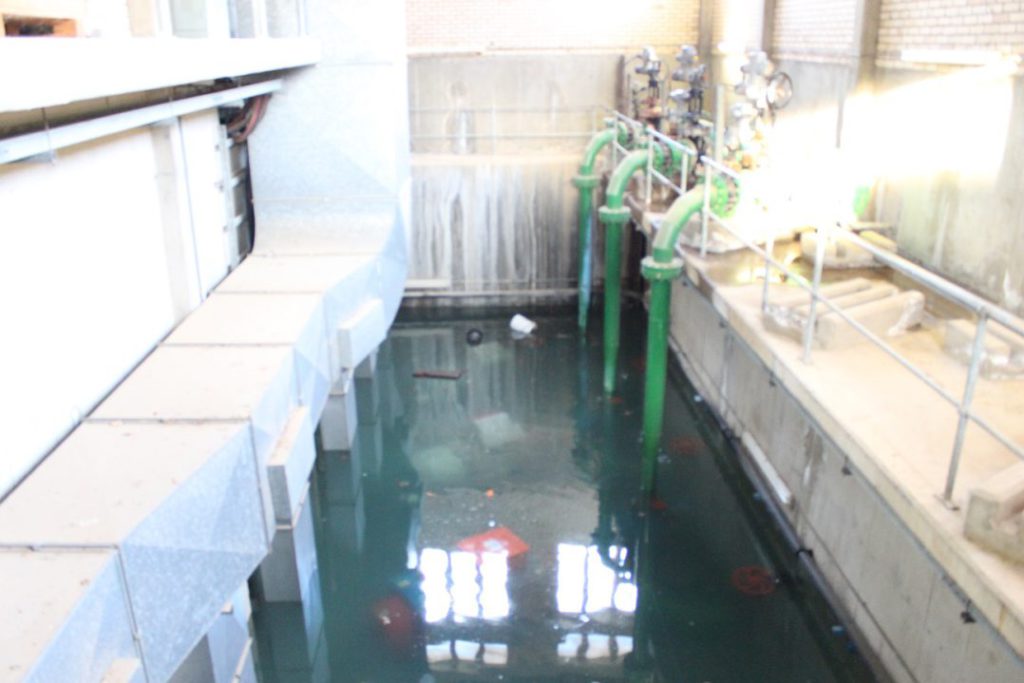 The problems experienced with filling up the reservoirs in the western side has forced the Municipality to close water supply until 5am Wednesday 29 June. This will allow the reservoirs to get up to acceptable levels and although this is a huge inconvenience we have resolved that this decision will be the best to ensure there is water supply constantly from tomorrow.

* WATER CRISIS UPDATE AT 11.30AM TUESDAY 28 JUNE – Power outage slows recovery plan
From Makana Municipality:
Status of water availability in Grahamstown West In the early hours of this morning, Tuesday 28 June, the Waainek area west of Grahamstown experienced an electricity outage. This affected the Howieson’s Poort pump station which feeds the reservoirs in the western side.

Because the pumps stopped running for several hours, the western reservoirs, as well as inside and outside lay dams, drained.
The pump stations started operating at 7am. However, it will take up to 8 hours to raise the reservoirs levels. Water will be released from the reservoirs at 5pm.
Residents are urged to use water sparingly.
Water supply to the Grahamstown East by 10pm yesterday, one pump at the James Kleynhans water treatment works resumed pumping and delivering water at 60% of the normal capacity. The other motors that were sent to East London to dry out are in their way back to the plant. It is expected that the second motor will be fitted by 10pm tonight and that the plant will run at its normal capacity.

Makana Municipality wants to express its gratitude to its staff and partners, Amatola Water and the Department of Water and Sanitation who have worked tirelessly to solve this crisis.
PLANS AND PROGNOSIS: http://www.grocotts.co.za/…/water-outages-grahamstown-27-06…

* WATER CRISIS UPDATE AT 10PM MONDAY 27 JUNE – Some good news for now
From Makana Municipality: The pump is running but at a minimal rate. We will get water on low pressure for the time being until both pumps are fully aligned. Makana Municipality and Amatola Water teams believe that by Wednesday evening (28/06/2016) things will get back to normal. We apologise for this inconvenience, the municipality is doing all it can to restore water to the community.

* UPDATE AT 6PM MONDAY 27 JUNE – Plans to resolve and manage the crisis: http://www.grocotts.co.za/…/water-outages-grahamstown-27-06…

*UPDATE AT 7AM MONDAY 27 JUNE
Twe of the three motors re being loaded for repairs. The third pump will now be installed with the new motor. Testing of the electrical system will have to be done before the pump can start running.

*UPDATE AT 11PM SUNDAY 26 JUNE:
From acting MM Riana Meiring: The water has been pumped out. The gland follower on pump 2 failed at the non-drive end. Amatola Water is busy removing the motors and will fit a spare motor in position 3 which will be able to delive 75l/sec. This is half of what the James Kleynhans pump station normally delivers.

WATER EMERGENCY IN ‪#‎GRAHAMSTOWN‬
Senior officials from Makana Local Municipality rushed out to the James Kleynhans water treatment works and pump station at Glen Melville Dam Sunday 26 June, after an employee arrived at work in the morning to find the pump station flooded. A key staff member at the facility was still being sought nearly 12 hours later in a bid to establish how the situation occurred. The immediate emergency is the supply of water to Grahamstown East, which is currently without water. Water tankers are on their way via the Department of Water and Sanitation to ensure residents receive water. At the same time, water on Grahamstown West must be managed so that there are sufficient reserves for the influx of people when the ‪#‎NAF‬ National Arts Festival starts on Thursday. Infrastructure Director Dali Mlenzana says Makana will be shutting off water from tomorrow except from 5am-7am and 5pm-7pm. Other agencies coming to Makana's assistance are Amatola Water and the Sarah Baartman District Municipality. "We are treating this as a disaster," said Acting Municipal Manager Riana Meiring.