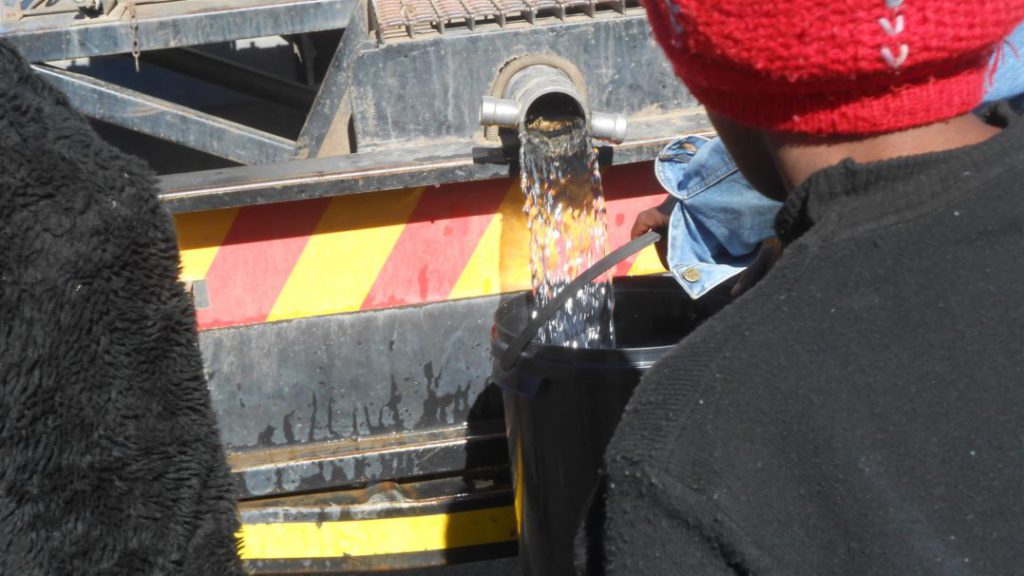 “They are using a technique called air-scouring which will unblock the locks that cause blockages that result to the water not running to households,” Nair said.

Amatola Water has been contracted by Makana Municipality since November 2013, to manage its bulk water supplies for the next five years.

The protracted water cut kicked in on Sunday morning after a PLC (Programmable Logic Control) power supply unit was struck by lightning and burnt out at James Kleynhans water treatment works.

Nair mentioned other factors such a part of the old pump motor that had burnt out. Because it was obsolete, it was difficult to obtain.

“It required us to make a special order. But we managed to get a spare power supply unit for the PLC from Mercedes Benz in East London."

Another problem greeted the team when the PLC rejected the software of the power supply unit.

Meanwhile on Monday, scores of extension 9 residents were desperately queuing for water at a Makana water tanker which was doing rounds in most parts of Grahamstown East.

Siphelele Botha, who lives in Nkonjane Street, told Grocott's Mail he and his family had not eaten since the cuts kicked in on Sunday morning.

"We are also doing preparations for the funeral of a family member. Since yesterday we have been unable to offer tea to the church people and well-wishers," Botha said.

Vuyokazi Bobo said she was more worried about her two dogs because they had not had water since Sunday 11 May. She said they were also starving because she couldn't cook for them.

Shop assistant Carlo Mahari, in extension 9, said fellow immigrant businessmen had bought him and others bottled water to drink.

Nair said he had initially estimated the problem to be fixed by 1pm on Tuesday 13 May, but the resistance of the supply unit meant they had missed that target.

He said the team would work extra hours to try and resolve the problem.

Areas on the eastern side of the city are affected, including the high-lying Kings View and surroundings.

Makana Municipality promised to fix the problem as soon as possible. They said on Monday they were aware that many residents, especially in the East side of the town were without water.

Makana's Communications officer Yoliswa Ramokolo said, "On Saturday the system was switched off to fill up the new reservoir at Botha's Hill. During that time there was a power outage and a part was burnt."

Ramokolo said technicians had arrived on Sunday afternoon to fix the problem.

"But they could not fix the problem because they need to replace the part that got burnt. They managed to get the part from East London today and soon the damaged part will be fixed."

She said water could be available by Wednesday night or Thursday morning.

"In the meantime there are trucks dispatched to deliver water to all the affected areas," said Ramokolo.