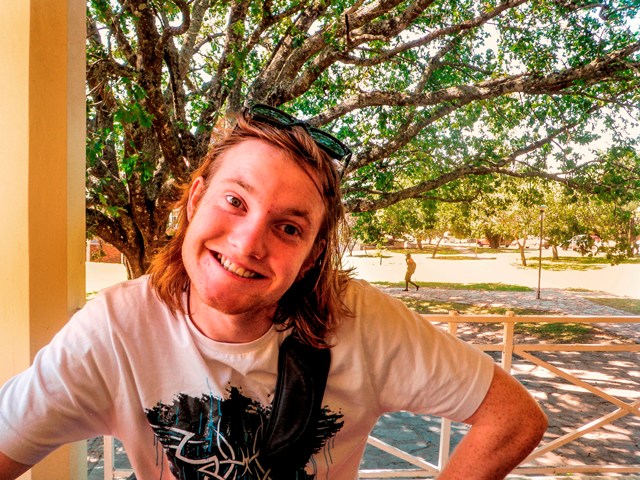 A screening for the show took place on Thursday 27 March at the Rat and Parrot, with the R10 entrance going towards the Makana Donkey Association.

Finding Graham’s Town is the tale of two historical figures associated with the founding of Grahamstown.

Disillusioned that the town is no longer a military outpost, the two roam the valleys of Makana, hopelessly trying to find a new place to restart the town, 100 years after its founding.

While the films contains historical elements, Robinson, who both directed and wrote the piece has called it "historical satire" due to the many humourous parts of the film.

Filmmaker, Kyle Robinson, as he does some last minute editing on his short film, Finding Graham's Town.

Shawn Sankey, a Rhodes Drama student who plays the supporting character based on Thomas Hartley, founder of Bathurst's Pig and Whistle explained how the small cast and crew were involved in every aspect of the project.

“We didn’t just fulfil roles as actors, we also helped with production,” he said.

Working together with the Makana Donkey Association and supportive local businesses such as Pick n Pay and Insight Technologies, Robinson hopes that his film will be not only entertaining, but also raise awareness around and support for the town's large donkey population.