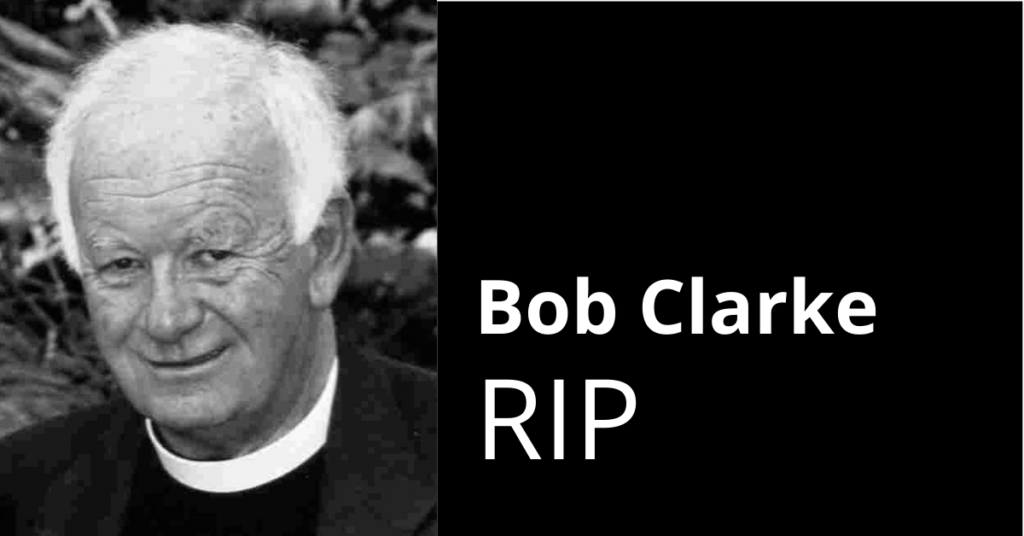 A tribute to Reverend Bob Clarke

An expert on the church and apartheid, the Reverend Bob Clarke, has died at his home in Grahamstown. He was 75.
Clarke had a special ministry to detainees during the successive states of emergency imposed by the National Party government. He was also prominent in these years through his role in the Grahamstown Peace Committee, a conflict resolution committee which tried to mediate in the 1992 conflicts resulting from the so-called Bisho massacre.
Despite his deep involvement in work to end apartheid, Clarke was not born in South Africa. His father, a school master, and his mother who was a secretary, were both British. They worked for a period in India and Clarke was born there in 1936.
At the age of ten, he moved with his family to South Africa. They lived in Durban and he attended Durban High School. After matriculating he signed up for the Royal Navy and served as an officer based in England for eight years.
After resigning he studied for the Anglican ministry at Cranmer Hall, Durham. During this period he met his wife Maggy, to whom he was married for 44 years.
When he returned to South Africa he served as an Anglican priest in Natal from 1971 to 1984 and among other ventures he established a worker literacy programme at the inner city parish of St Patricks and the Pietermaritzburg Urban and Industrial Mission Project – an attempt by the church to reach out to the workers of the city.
Moved by the struggle against apartheid, he researched a doctoral thesis on the resistance to apartheid by the Church of the Province of South Africa during the years 1946 to 1957. This thesis, completed in 1983, became a starting point for his book Anglicans Against Apartheid 1936 – 1996, published in 2008. Anglican Archbishop of Cape Town, Thabo Makgoba, has called it was a great book that “captures key historical milestones in an accessible manner and indeed makes history come alive”.
He and his family moved to Grahamstown in 1984, at a stage where apartheid and the resistance to it was particularly chaotic. He worked with a number of churches including several of other denominations and lectured on Church History and Industrial Mission at St Paul’s Anglican theological college.
During this period, as a representative of Albany Council of Churches, he had a special ministry to people who were detained under security legislation. He founded and directed Ecumedia, an NGO training church journalists.
“Bob was against apartheid and burnt for freedom, but did not want to do it through a political party,” said his wife.
In 2000 he became rural dean of Albany and Grahamstown, administering 15 Anglican churches in and around Grahamstown.
“One of his last acts of leadership in the church was to chair the steering committee for a city-wide African Enterprise Mission to Grahamstown, known as Yizani, in 2003,” said Maggy.
In 2008 he retired and focused on his research and writing. He had been diagnosed with heart problems some years before and had a bypass operation in 1997. Although this gave him new energy – he managed 15 Anglican congregations, wrote books and ran church missions – his health continued to decline.
From mid August his heart condition worsened and he passed away on the 28 August 2011.
Bishop Michael Nuttall, who led the KZN diocese until his retirement in 2000, said Clarke’s book had been a “valuable study”. He added, ‘He was a bold person with a passion for social justice at a time when it was not a very popular cause.”
He leaves his wife, two daughters and five grandchildren. The funeral will be held in the Cathedral on Friday 2 September at 3pm.
Previous ArticleA beginner’s guide to understanding rugby
Next Article Farmers want to earn their way, but struggling over obstacles